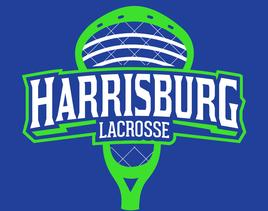 Game Time:  15 minute running time periods, exceptions are:  Timeouts, the clock stops on all whistles during the last 4 minutes of the fourth period if the game is within 4 goals. Sudden Victory overtime periods are 5 minutes running time. Once the first half of a game ends it is considered official if it is canceled due to weather.

Face-offs: Sticks are to be next to, but not touching the ball. Gloves and the Crosse can touch the center line, down-whistle (no set call), face-off man does NOT have to leave field on a false start . One-Step on Pinch and Pop rule applies (2017 Adjustment).

Penalty Time: Penalty time does not start until the whistle is blown to restart play. The penalty clock shall stop when the whistle blows to stop play. Penalty time for personal fouls is releasable as per NCAA rules when a goal is scored unless it is listed as being non-releasable in Rule 5-10 of the NCAA Rules and the MDPCC rules.

Flag Down: When the flag is down, the whistle does not blow until the other team gains possession.Similar to NCAA rules.

Time-outs: Live ball time-outs can be called with the ball ANYWHERE on the field.

Substitution: No horn, done on the fly and through the scorer’s table area, except after a goal is scored.

Restart: QUICK restart, except goalie gets 5 seconds when he has legitimately chased a shot. When there is a served time penalty, restart after foul is signaled to scorers table and ball is set.

Advancing the ball: 20 second count to clear and 10 second count to get ball in the “box” are not used. Once a ball is cleared over the midfield line and into the offensive box/side it can not be brought back over midfield, over and back rule.  Stalling can be called (see Rule 6, Section 11b). The NFHS “box” is used. Automatic stall warning for last 2 minutes of 4th period is used ONLY when team is ahead by 4 goals or less. A team does not have to “get it in” unless they are stalling. If they are being played closely, they could keep it out of the “box” the entire 2 minutes. The NCAA “box” is used, not side line to side line.

Dive rule: NCAA dive rule is USED. Our rule is simple: a goal is disallowed only when an offensive player is in the crease BEFORE the ball crosses the goal line.

Standings/Tiebreakers: Playoff seeding is first based on overall record. In the event of a tie for position head to head record will first be used followed by total points scored against. If points against is also tied we use a coin flip.

If a forfeited game comes in to affect for a tiebreaker scenario we will use the average points against of all other games played by the team in question.